Emily is an award winning actor and writer that's narrated nearly 500 audiobooks for publishers such as Macmillan, Harper Collins, Penguin Random House, Simon & Schuster, Hachette, and many more. Originally from New York, she moved out to Los Angeles after receiving her BFA in Drama from NYU's Tisch School of the Arts. She also had the privilege of living in London while studying at the Royal Academy of Dramatic Art (RADA). Emily's greatest loves are storytelling and reading, so narrating audiobooks is a dream come true. Her other passions include traveling, LARPing, aerial cirque, fostering kittens, and chocolate. To learn more, visit www.emilylawrence.com Twitter: @EmilyLawr IG, Facebook, and LinkedIn: @EmilyLawrenceCreates 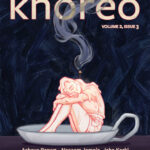 This Excessive Use of Pickled Foods