Carly Robins is an NYC-based actress and voice over artist living in Brooklyn. She has narrated over 700 audiobooks and works regularly with a vast roster of publishers, production houses, and independent authors such as Audible Studios, Hachette, Harper Collins, Macmillan, Blackstone Publishing, Simon and Schuster, Dreamscape, Tantor, Brilliance and more. Audible awarded her Romance Audiobook of the Year 2018, for her work on The Kiss Quotient by Helen Hoang. Carly is extremely proud to have performed the voice of Amy March in the Audible Studios production of Little Women. Her work has been recognized with starred reviews in Library Journal and Booklist. Her work has been featured in USA Today, and ‘the best of’ for AudioFile Magazine and Audible. Her narration is often listed on the Audible Top 100 for Romance. She won a SOVAS award for her participation in Nevertheless We Persisted: Me Too. Carly can be heard on video games, promos, commercials, animation and ESL. She voiced the character of Wicke for three seasons (Sun and Moon), on Pokémon. She has performed for over ten years in the NYC area and has written and produced her own work for stage and screen. She loves to cook, bake and talk about food for days and take long walks with her adorable dog Riley, husband, and baby girl. 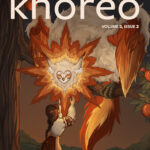